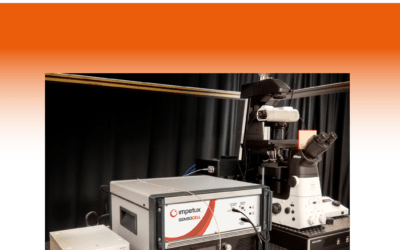 In this webinar we will introduce the system, answer your questions and show some application examples including the latest data acquired with SENSOCELL on microrheology and cells nucleus indentation tests. We are looking forward to your attendance.

END_OF_DOCUMENT_TOKEN_TO_BE_REPLACED 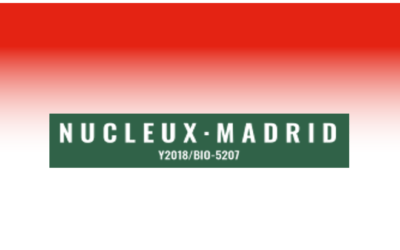 Impetux collaborates with several Mechanobiology Research projects. Nucleux is one of them. With an interdisciplinary vision: physics, biology, mathematics and medicine, the project aims to understand the basic mechanisms behind the complexity of the cell nucleus, and...

END_OF_DOCUMENT_TOKEN_TO_BE_REPLACED

Already available an application note where we show how SENSOCELL optical tweezers can be used to measure the viscoelastic properties of soft hydrogels, extracellular matrices or living cells, with stiffnesses ranging from tens of Pa to several kPa and at probing...

END_OF_DOCUMENT_TOKEN_TO_BE_REPLACED

We are pleased to announce that we have been awarded with the European Comission funding (SME phase 1 instrument), to explore and validate a revolutionary application of our patented technology for force measurement in tissues and living cells. The innovation that...

END_OF_DOCUMENT_TOKEN_TO_BE_REPLACED 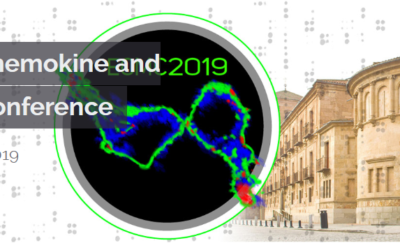 IMPETUX at the 3rd European Chemokine and Cell Migration Conference

The Impetux team will be at the 3rd European Chemokine and Cell Migration Conference that will take place  from 26 to 39 June 2019 in Salamanca, Spain. We will be there to show and explain how our turnkey optical tweezers systems designed for mechanobiology studies in...

END_OF_DOCUMENT_TOKEN_TO_BE_REPLACED 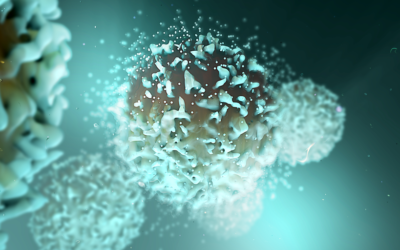 IMPETUX at the EMBO workshop: Cell polarity and membrane dynamics

The Impetux team will be at the EMBO workshop: Cell polarity and membrane dynamics that will take place  from 26 to 31 May 2019 in Sant Feliu  de Guixols, Spain. We will be there to show and explain how our turnkey optical tweezers systems designed for mechanobiology...

IMPETUX will be present at the Mechanobiology of Morphogenesis Conferences, hold on OCTOBER 28-30, 2020  in SINGAPORE with a virtual booth. If you are interested in our latest developments an applications of SENSOCELL, do not hesitate to visit us there! Where → Mechanobiology of Morphogenesis Conferences When → 28-30 October 2020 How → Register here.   More news:

END_OF_DOCUMENT_TOKEN_TO_BE_REPLACED

In this webinar we will introduce the system, answer your questions and show some application examples including the latest data acquired with SENSOCELL on microrheology and cells nucleus indentation tests. We are looking forward to your attendance.

END_OF_DOCUMENT_TOKEN_TO_BE_REPLACED

IMPETUX at Cell Physics From the 9th to the 11th of October we will have the pleasure to be at Cell Physics 2019 at the Saarland University in Saarbrücken, Germany. A conference organized by the Collaborative Research Center SFB 1027 “Physical modeling of non-equilibrium processes in biological systems”. There, we will be delighted to share with you all the news related with our systems, the solutions and the amazing new opportunities they offer related with Cell mechanics, mechanobiology,...


Here you will find useful material published related with IMPETUX’s technology and products.

In this work, the authors use optical tweezers to show intracellular softening, fluidification and decrease of active forces in mitosis that is mediated by a surprising role switch between microtubules and actin.

Impetux’s force sensor is used to measure the cytoplasm’s fluidity and sitffness changes of dividing cells.

For additional information, have a look at:

In this study, the authors used a customized optical trapping system from IMPETUX to characterize cell membrane elasticity as a new potential biomarker for leukemia cells, comparing measurements for cells treated with anti-cancer drugs and untreated cells.

Optical trapping has become an optimal choice for biological research at the microscale due to its noninvasiveperformance and accessibility for quantitative studies, especially on the forces involved inbiological processes. However, reliable force measurements depend on the calibration of the opticaltraps, which is different for each experiment and hence requires high control of the local variables,especially of the trapped object geometry. Many biological samples have an elongated, rod-likeshape, such as chromosomes, intracellular organelles (e.g., peroxisomes), membrane tubules, certainmicroalgae, and a wide variety of bacteria and parasites. This type of samples often requires severaloptical traps to stabilize and orient them in the correct spatial direction, making it more difficult todetermine the total force applied. Here, we manipulate glass microcylinders with holographic opticaltweezers and show the accurate measurement of drag forces by calibration-free direct detection ofbeam momentum.

Measuring forces inside living cells is still a challenge due the characteristics of the trapped organelles (non-spherical, unknown size and index of refraction) and the cell cytoplasm surrounding them heterogeneous and dynamic, non-purely viscous). Here, we show how two very recent methods overcome these limitations: on the one hand, forces can be measured in such environment by the direct detection of changes in the light momentum; on the other hand, an active-passive calibration technique provides both the stiffness of the optical trap as well as the local viscoelastic properties of the cell cytoplasm.

In this work, the authors show the feasibility of combining optical tweezers (single-beam gradient traps) with the determination of forces using the measurement of the light momentum change.